Register your order at http://www.payitsquare.com/collect-page/37361

All prices are EXCLUSIVE of shipping. Shipping will be split across everyone who orders. Once orders are closed, we'll confirm a shipping cost. Note: shipping can be expensive from China, so if we can't get enough of an order together to make the shipping worthwhile this may not happen.

Same as the LEDs featured at these websites:

"Rain tubes" create a "falling rain" effect with a string of LEDs. These come daisy-chained in packs of 10, and are powered off of 12V DC. The rainfall effect is not synchronized; when you first power on they look synchronized but the rate of falling is slightly different across all tubes so eventually it looks random-ish. 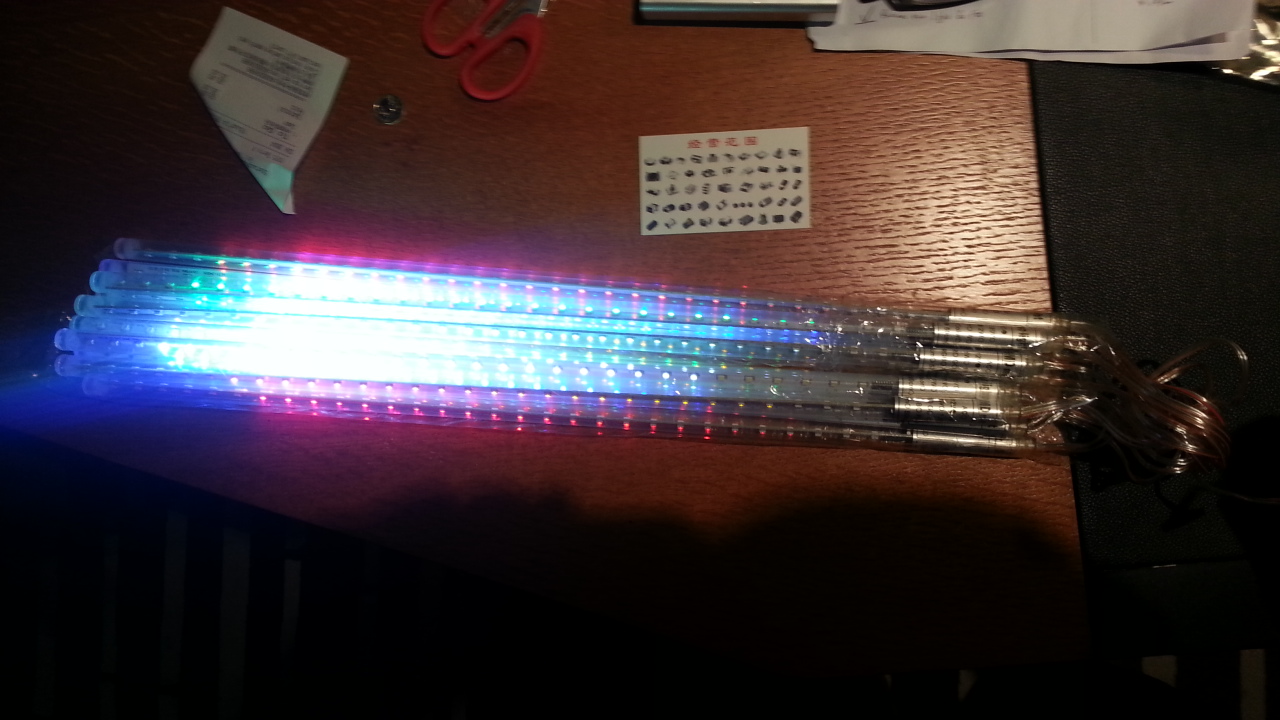 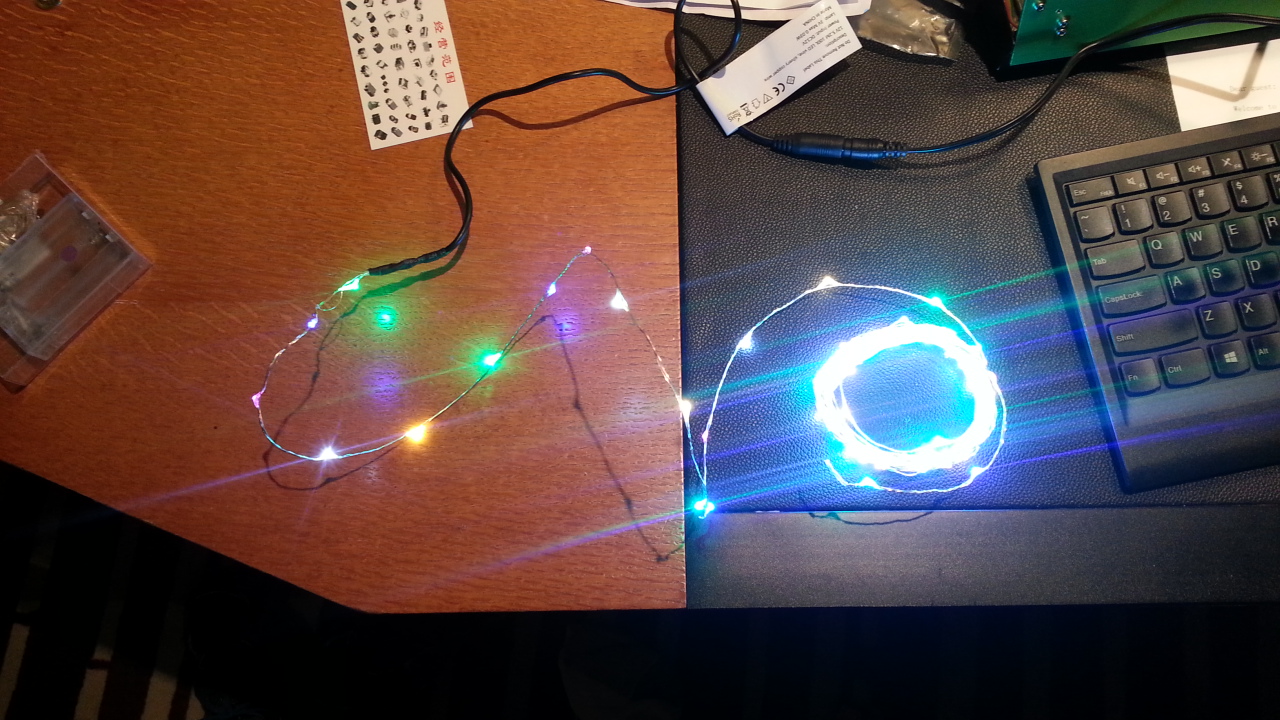 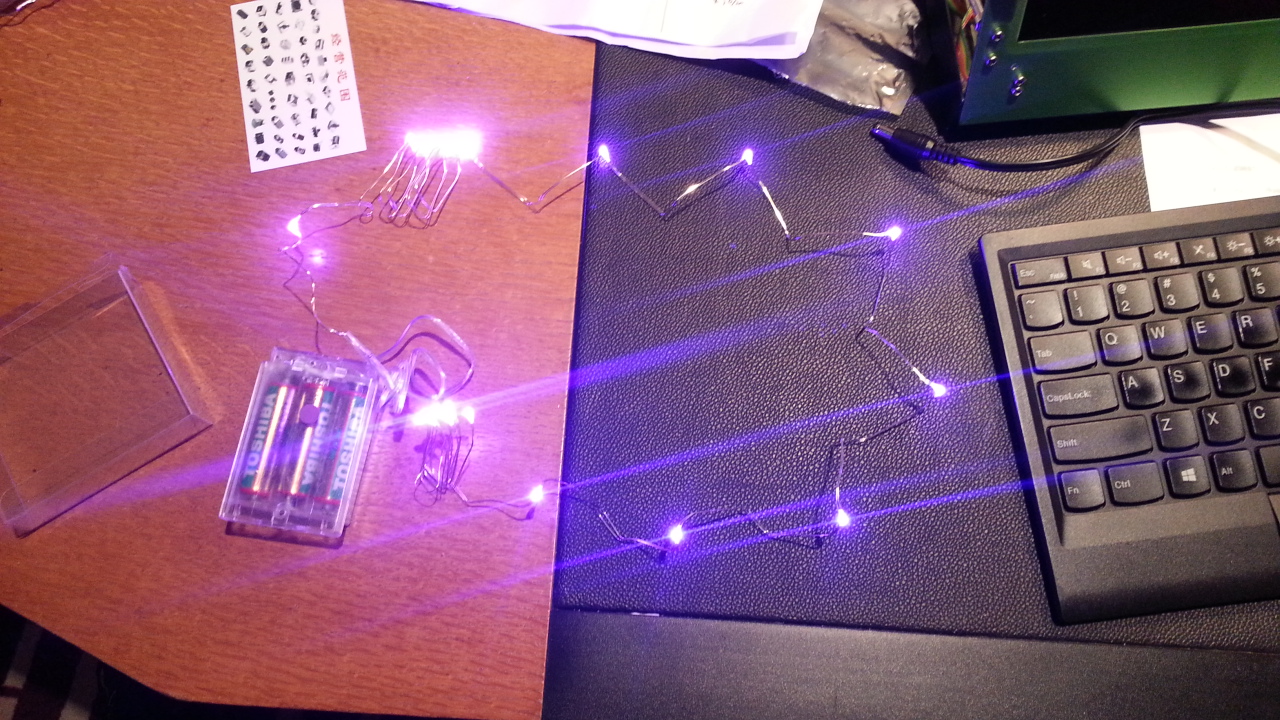 Will only order if we can meet a minimum of 50 total packs being ordered to make the extra headache of shipping these worthwhile. 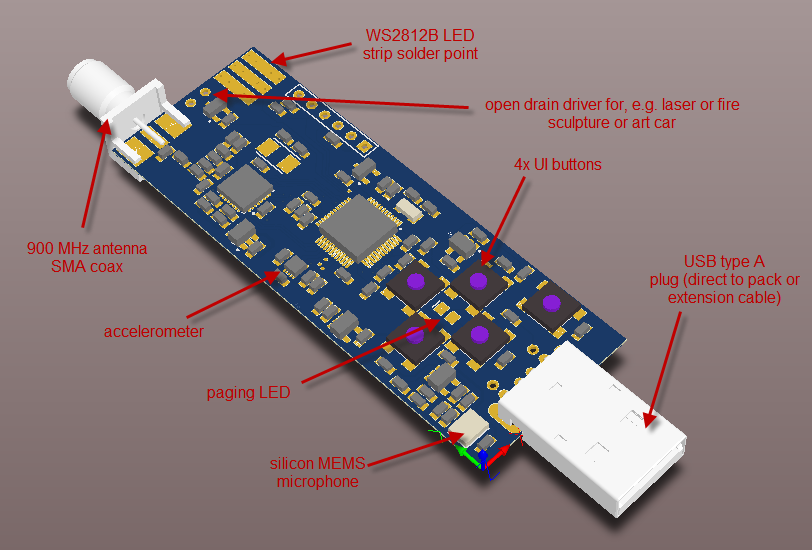 Light controller and paging badge, for phage campers only. Please note quantities are limited: only 50 pieces with radio, and up to 80 pieces without radio can be made. Sign-up sheet is pending first working prototype.

Features this year include:

What configurations are recommended?

Budget
For people who can't afford much and just want to be visible at night, I'd recommend the fairy light with 20 LED vine. It's just $2 and requires 3xAA batteries. Only downside is you'll munch through AA batteries throughout the burn.

Value
For those who aren't afraid of soldering and want an economy solution, I think the base kit I'd recommend is:

1 meter is enough to go around anyone's waist or head, and enough to encircle most of a back pack. The 2000mAh battery pack will last one night at a medium brightness setting using ~1m of 30 LEDs/meter.

Best
For those who don't mind spending a little extra and like it bright, I'd recommend:

imo, the 8500 mAh battery is well worth the money. This is a top-notch pack which tells you exactly how much juice you have left and how much current you're draining; with this feedback you can adjust your light pattern throughout the night to make sure you have juice to last. Also, 8500mAh will probably get you through 2-3 nights without a charge. Only downside is it's a bit hefty, so you'll want to mount it in your backpack or zip tie it to your belt.

Few people really used more than 1m of strip last year in terms of personal lighting. If you're doing a bike, you can use about 2m. Remember, for visibility, 30 LEDs/meter is quite sufficient. People who wore 1 meter of 60 LEDs/m last year were mistaken as artwork in the deep playa because they were so bright.

Can I program the pager myself? Yes, you absolutely can program the pager yourself. The toolchain is arm-gcc and you upload a binary via a serial port using an FTDI serial cable. You'll need to solder on a header to do the upload. Unfortunately, it's just C code, no GUI or other cool stuff like that; but you do get an array of RGB pixels to operate on and a decently powerful ARM CPU.

How many LEDs can be powered off a battery pack? Number LEDs you can power from a battery pack -- the 2000mAh battery pack can output up to 1.0A. With a "reasonable" pattern (e.g. not all white) this is about a meter of LED tape at 60 LEDs/meter; or two meters at 30 LEDs/meter.

The larger pack has a 2A output, so length scales accordingly.

I will calibrate the pre-programmed LED patterns based on current draw to ensure that in any case, you can always run 1 full meter of 60 LEDs/m tape off of any configuration. The place where you can shoot yourself in the foot is if you write your own code and say, program all the LEDs to be full-on. LEDs full-on white, you can power only a dozen or so of them at a time, as they each draw around 60mA.